In the early 2000s, Kevin Roche's New Haven Coliseum served as a symbol of the failure of the city's extensive mid-twentieth century urban renewal program. After proposals for adaptively reusing the former arena were discarded, the city began to gradually dismantle the structure in 2005. In January 2007, demolition crews inserted 2,000 pounds of explosive into its steel skeleton and imploded the structure in front of 20,000 onlookers who had gathered on rooftops and in parking lots near the site. This series of four prints was produced on the occasion of the ten-year anniversary of that spectacle. 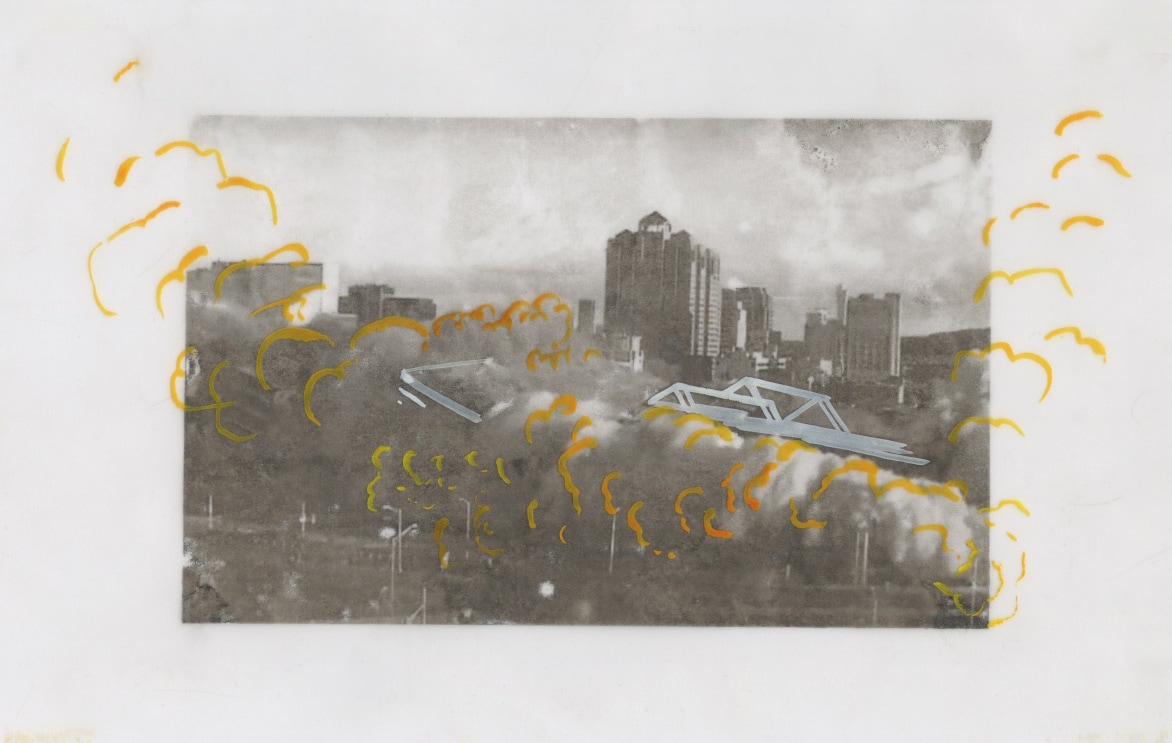 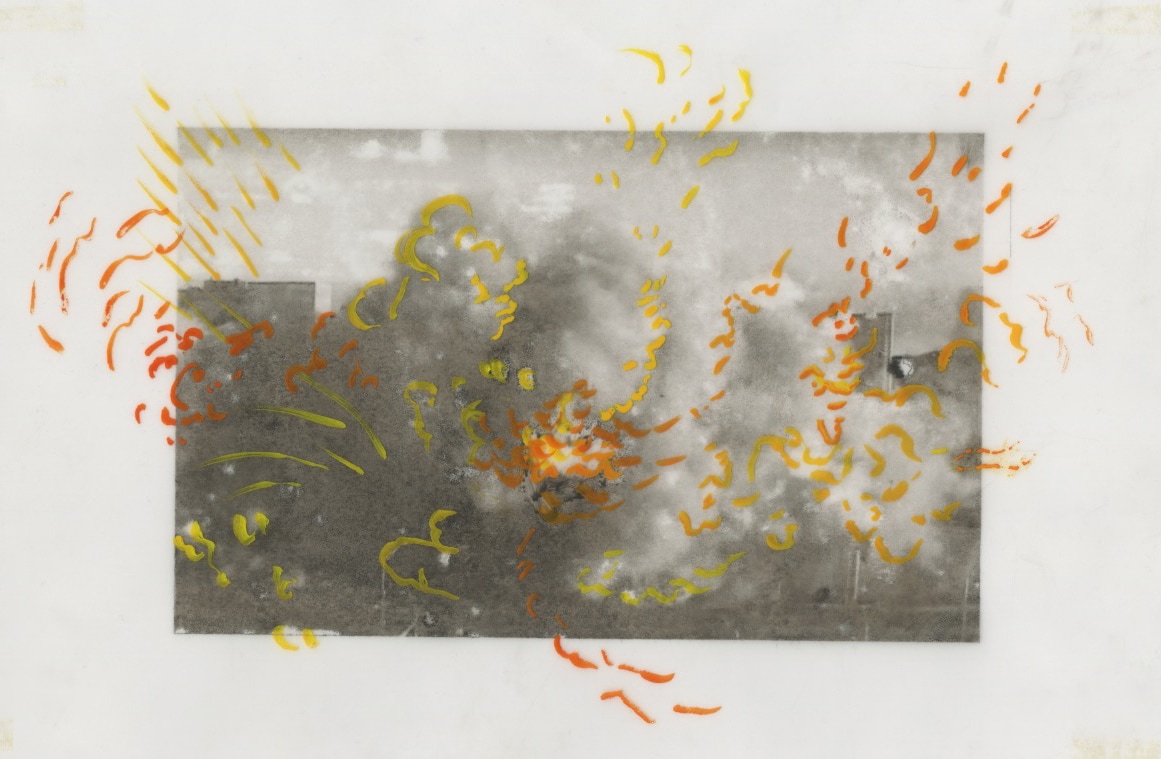